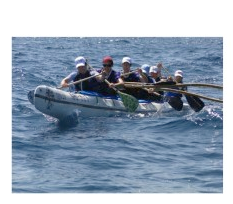 Here is a little insight into what Anne did in France…..

What is an OC6 outrigger?

A canoe with an outrigger – 6 paddlers, who paddle forward changing paddle sides regularly.  The outrigger provides buoyancy and the ability for the canoe to ride waves in rough conditions.

40 miles from Toulon around the Island La Porquerollaise and back to Toulon.

6 paddlers change at set intervals during the race.  The other 6 are on a support boat.  Members are dropped in front of the OC6.  The aim is for 2 or 3 paddlers to change without the craft stopping.  This occurs in sometimes turbulent waters.

The members stay still in the water and the helm steers the canoe to them.  They duck under the arms that support the outrigger and clamber aboard as the others exit the boat carefully, to prevent the boat being pushed on top of the new paddlers.

This has to be achieved in about 6 – 10 seconds, the other paddlers continue to paddle in order for the OC6 to maintain momentum.

There is a danger of being sucked under the boat, missing the hold to pull yourself up or generally mistiming and mucking up the whole process!

Each seat in the boat has a specific role to play and in the event of a huli (capsize) again it becomes a military operation to right the OC6, bale her out and get going again as quickly as possible.

Matt analysed the stroke to ensure I had the strength and endurance for the time trials to get in the team and the race itself.

I had to be able to haul myself into a moving vessel turn and sit in the seat (all in one movement) As I was not able to do pull ups initially, this was a real challenge for Matt!!!!

I trained with Matt and Mike twice a week.  Went out on my own O1 4 x a week (single canoe) to increase my endurance.

I got into the women’s team going to France.

The race itself was incredibly exciting.  There were men’s teams and mixed crew as well as women’s teams.

We set off third from the back, but soon settled into a rhythm of paddling.  Refuelling occurred, when we did the water changes and were on the support boat for a short time.

Matt had gone through with me nutrition for the week leading up to the race, two days before, day before, snacks and fluids to have during water changes plus recovery food.  I stuck to his programme and it worked brilliantly.  I felt strong throughout the race and fully focused.  I recovered well afterwards.

We beat all other women crews easily in a time of 6hrs 7 mins.  We overtook many men’s crews and mixed crews as they were burnt out after 20 miles.  We beat the top women’s crew by 20 mins and another team by 1.5hrs

We all felt elated afterwards and there were amazing celebrations at the awards ceremony.

This has been a fantastic experience, I was paddling with a former silver medallist rower, international rowers and raft competitiors.  The team were awesome and it was a privilege to be part of this group of women.  I was about 20 years older than most of them and it was through Matt’s programme and encouragement that I made it to this competition.  I felt very well prepared, strong and fit.

The final 10 members of the team are now going on to a competition in Hawaii!!!

I wish them well… 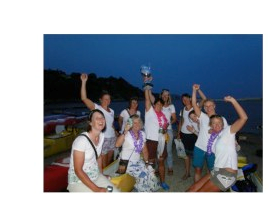 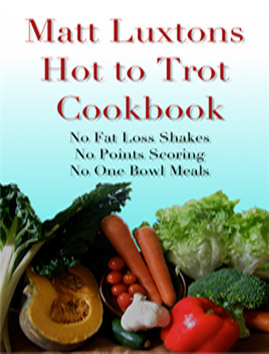